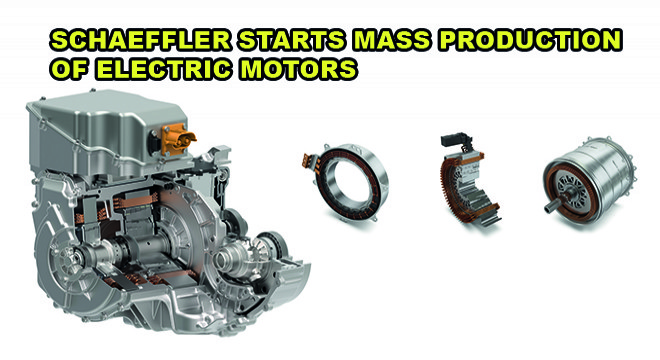 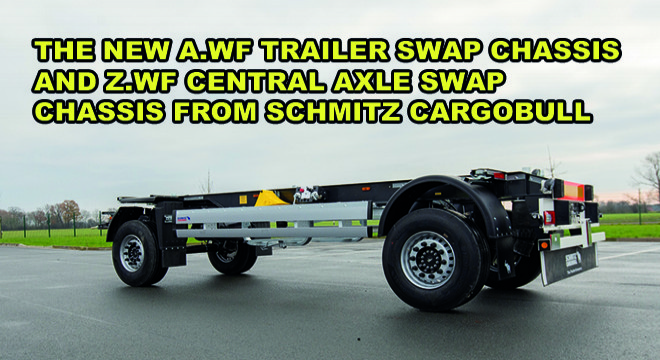 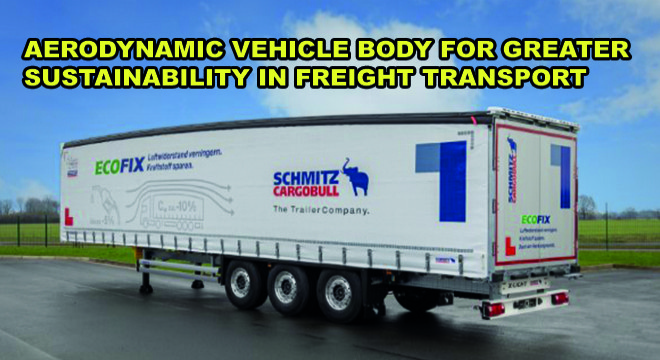 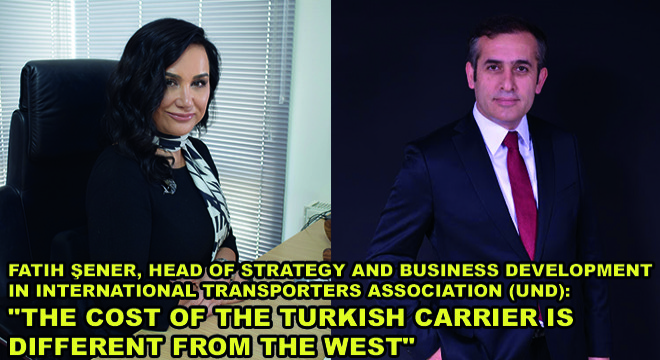 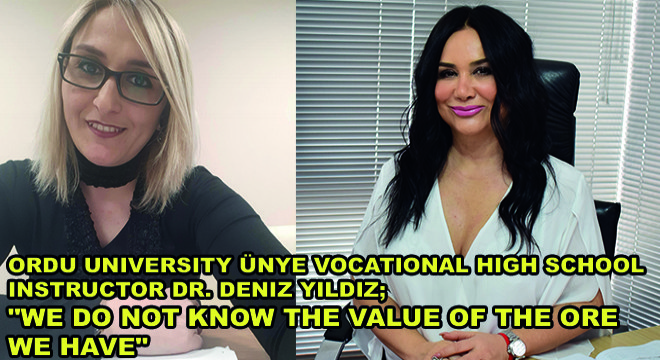 Ordu University Ünye Vocational High School Instructor Dr. Deniz Yildiz; "We Do Not Know The Value Of The Ore We Have" 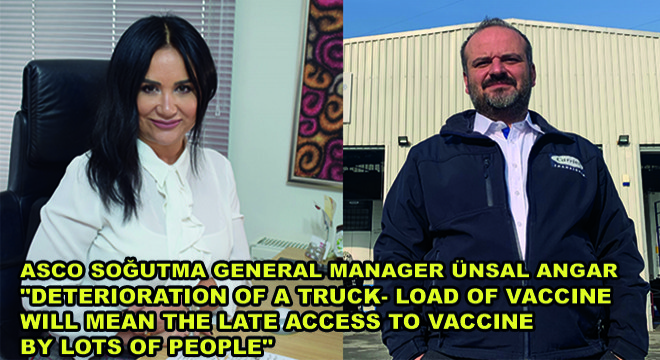 Asco Soğutma General Manager Ünsal Angar: "Deterioration Of A Truck- Load Of Vaccine Will Mean The Late Access To Vaccine By Lots Of People"

Chairman Of S.S. No. 39 İnegöl Motor Carriers Cooperative, Recep Portakal: We Do A Difficult Profession, We Take Our Loads And Breath At The Delivery Address, In Rain Or Shine "

We continue to listen to the problems of the cooperatives and to make visits. In this context, we are listening to Recep Portakal, the Chairman of S.S. No. 39 İnegöl Motor Carriers Cooperative in İnegöl, Bursa. Chairman Portakal, who made evaluations about the sector, said that; “Currently, pandemics and healthcare professionals are our favorite, but the transporters have the same right there. Health workers are declared heroes, transporters must be declared heroes.” 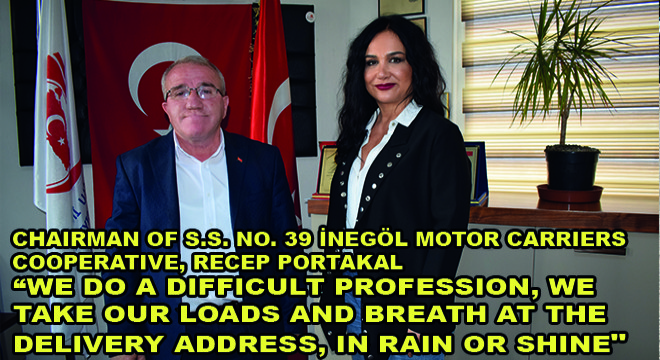 "THE HIGHWAYS ARE EXPENSIVE, AT LEAST, WE EXPECT A DISCOUNT ON THIS MATTER"

Chairman Portakal introduced the cooperative established in 1987 and said that; “We have come to this day with the efforts of our Chairmans since 1987. We currently have 500 vehicles. I took part in the administration in 2004-2009 period. We were together with all our partners that day and we are together today. Our cooperative has 513 members. We have self-owned fuel station, 2 vehicles and passenger cars. In order not to prevent the work of our members with the cooperative self-employment, our self-ownership number is not much. We bought one vehicle to fill in the K Certificate. Our works and shipments are continuing well.

"Transporters Should Also Be Declared Heroes"

Indicating that they continue to work despite the difficulties experienced during the pandemic period, Portakal said that; “Currently, there is the pandemic  and the healthcare workers are our favorite, but the transporters have the same right there. Health workers are declared heroes, transporters must be declared heroes. We go to Ankara from here, there is not one restaurant open; even a fuel station does not let us enter. Despite all these prohibitions, we did not shut off the engine. We gave our vehicles to all workplaces. The point reached is the Inegol Cooperative, which is the largest cooperative in the Marmara Region and has the most work.

“Make Bridges, But May It Useful To Me "

Stating that their vehicles are seized due to their tax debts and they want to buy diesel without SCT, Portakal mentions the problems regarding the sector with the following words: “The state does not ask me anything until I come here; but in the monitoring mechanism he makes me count my chair below. He says, "The bill for this is 5 thousand liras, the number is correct?" And here we are upset. I would also like to buy diesel without SCT; it was given to the fisherman, the farmer. I am doing trade. The workplace of anyone is not seized because s/he has a tax debt in the industry, no switch is turned off; however, my vehicle is seized because I have tax debt, and my K Certificate is suspended because my inspection date has passed. For example, highways and bridges are very well; however, our shipper's financial condition does not afford it. We opened the Istanbul-Izmir road, we are all happy. However, we pay 360 lira for a single pass and 720 lira for a round trip, it is very expensive. My shipping to Izmir is already 1,700 TL. Why should I take the highway when there is an alternative? We held meetings and said many times. Bridges should be made but may it useful to me. The foreign logistics began to emerge in Turkey. Their number is small today, but will increase tomorrow.”

"Cooperatives and Unions Should Be Supported Absolutely"

Expressing what they expect regarding the problems of the sector, Portakal said: “We, as cooperatives, say 'cooperatives and unions should definitely be supported'. If our tax payments are three items rather than ten, everybody pays. 18 percent tax is too much for us, the state also knows this. For example, we pay 1,700 TL twice a year for the banderols. These people are already paying all kinds of taxes whether they want it or not. Bless our state , but we need to be protected. The state has to protect us, and we have to protect the state. We do a difficult profession. We take our loads and breath at the delivery address, in rain or shine. We expect sacrifice while facing all these. Taxes and insurances are high, there are problems in scales. I ask our minister, what does the K certificate do for us? What does it do for me? 'We have a one-time transfer right in the K certificate. The state should not give this certificate; who quit the profession, who sell the vehicle or retire from this business may sell the K certificate as license plate. C2 certificate, cheap diesel was given abroad and it carries my load here. We have spoken about this over and over again: he has a load here, when he reaches the Sarp Border Gate, he gets any load whatever it is.

"While These Laws Are Enacted, There Is No One Of Us"

Portakal, who made evaluations for tachograph and U-ETDS, said that; We held a meeting for the last data readings and the duration of 4 and a half hours; as cooperatives, we were going to close the road in Bursa. We did not seem it befit our dignity. We have a state, let's consult and explain well, we said. We went to Ankara individually with the Chairman of the Chamber of Drivers, Bahattin Korkmaz. We explained the situation, they also said that it was incomplete. My vehicle has expired for 4 and a half hours and has no place to stop. Let the factory report this data system, not the truck driver, the driver has already taken the load. We have taken the load and left, I have to report that load in the morning. They could not explain at the meeting in Bursa, they left the meeting. While these laws are being enacted, there is no one of us. There are no one who load the logs, apples or wheat in the forest among them, but they should be.

"You Need to Listen to People's Voices"

Emphasizing that people in the sector should be listened to, Portakal said, “If I were, I would go to the citizen and ask about roads, cameras, scales, bridges, ferries, recreation facilities, fuel stations because we are not satisfied with any of them. I load wood, stone, logs in the forest, there are no scales in the forest. I get down the road and arrive at scales, I say "this amount is the minimum", but it weighs 10-20 kilos more. It hurts when I have a penalty of 200 pounds for 10-20 kilos. It is necessary to listen to people's voices. We could not announce or explain. If we close our contact in Bursa today, everyone will listen to us, but we said "let's talk". I hope they will listen to our voices, truck shopkeepers will come to better places.

"Highways Are Expensive, At Least We Expect A Discount On This Subject"

We also had the opportunity to have a negotiation with Hayrettin Baykoz, Vice Chairman  of S.S. No. 39 İnegöl Motor Carriers Cooperative and he tells us about the difficulties they face in the sector.

Vice Chairman  Baykoz expresses the difficulties they have experienced and the solutions they expect as follows: “We have problems, one of these problems is HGS. If HGS does not read or there is a systemic error, we get 4 times the penalty. It was 10 times before and now it is 4 times. Fatih Bridge crossing has been closed to commercial vehicles, and we have to pass the Yavuz Sultan Selim Bridge. When we use this bridge, we pay 400 lira both on the way towards and on the way back. We were only paying a fee on the way back at Fatih Bridge. Regarding this issue, we request that Fatih Bridge be opened to commercial vehicles between 24.00 and 05.00 at night. We pay a fee when we use the 3rd bridge since there is no alternative way. The law of the state says that "no toll fee will be charged where there is no alternative route". Let the state protect us. Highways are expensive, at least we expect a discount on this issue. There are three issues we have trouble with. We discussed these issues with the necessary authorities. The first is the digital tachograph and this has been solved. The data entry issue has been extended until January 1, 2021, but we want the company or vehicle owners to provide the data.

"We Are Sacrificed to the Free Market"

Sedat Yavuz, the member of S.S. No.39 İnegöl Motor Carriers Cooperative, also expresses the problems and expectations they face in the sector. Yavuz said that; “We are in the pandemic period, everyone protected themselves and did not leave their homes. But we were outside as much as we could during this period, we are still out. The only tradesman who cannot stay in home during this period was the driver. We are currently being sacrificed to the free market.”

Yavuz, who has been in the sector for 15 years and continues his father's profession, makes the following evaluations about the sector: “We are satisfied with the management, they do their best and convey our problems to the necessary authorities. The shipping industry also has problems, as in every sector. Our costs are high in this sector, and we have difficulties in getting the necessary increases from our employers. Especially our friends working on the Istanbul and Izmir lines have a lot of problems; because we are having problems with expressways and bridges. "

Speaking about the solutions they expected for the problems they experienced, Yavuz said in his speech that; “We are in the pandemic period, everybody protected themselves and did not leave their homes. But we were outside as much as we could during this period, we are still out. The only tradesman who cannot not stay in home during this period was the driver. We are currently being sacrificed to the free market. There is no application that controls in any way or gives a price per ton/ kilometer. Actually, the solution is very easy; Those who are currently doing road transport are inspected by weighbridges. Every commercial vehicle has to enter the weighbridge. For example, the mileage of the delivery place to where the colleagues went is definite to check the ton-kilometer on the checkout. It's obvious how much he invoiced here. Criminal sanctions may be imposed on those who go cheap or expensive. If there is a ton / kilometer unit price determined by our state, everyone can work and fight under equal conditions and at least get their rights. The employer says, “can you go this address?". We make a cost calculation and say 'we can go for 5 thousand lira', but when it is said 'there is someone who goes to 3 thousand lira', we experience problems. We would be pleased if a study is done on this subject.”