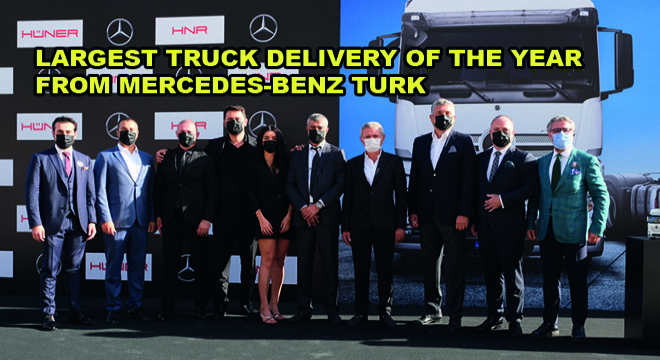 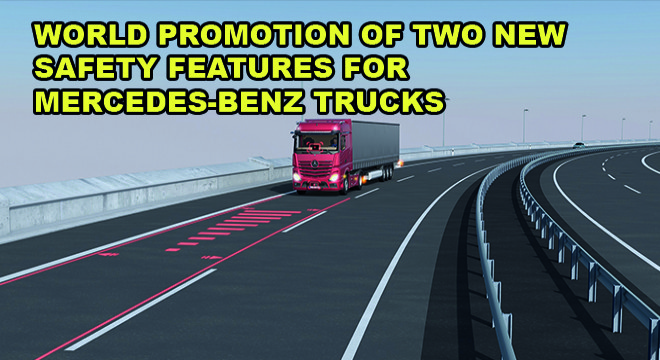 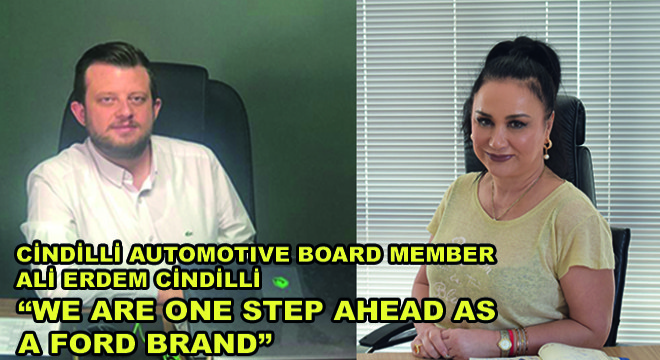 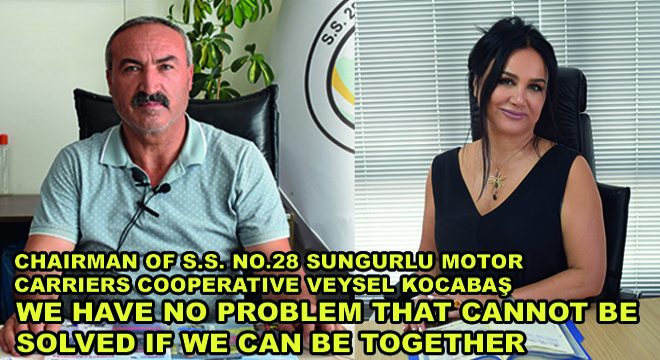 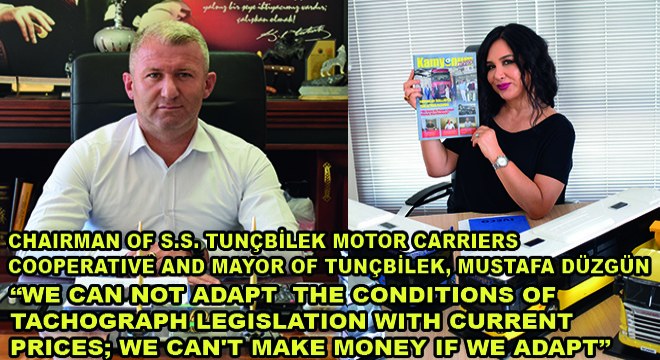 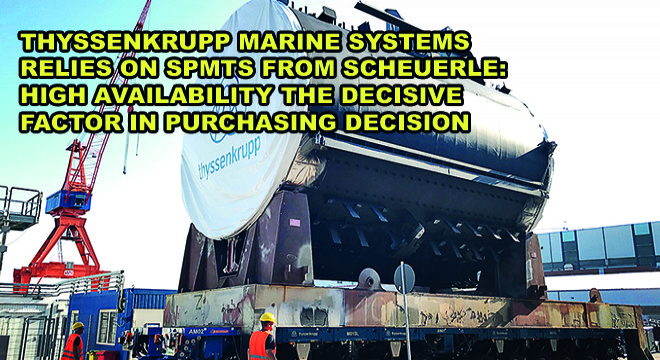 "We expressly decided in favour of SPMT axle lines from SCHEUERLE," explained Meik Philipps, Product Manager Submarines at thyssenkrupp Marine Systems. The purchase was preceded by a detailed market analysis of self-propelled transport modules providers for transporting high payloads. SCHEUERLE, a subsidiary of the german Transporter Industry International Group (TII Group), achieved high ratings in the relevant and separating categories. According to Philipps, this included the extraordinary technical quality of the SPMT axle lines (Self Propelled Modular Transporter) and, above all, the high service capability of SCHEUERLE as well as the high availability of the SPMT axle lines. “The competition simply was not at the same level as SCHEUERLE particularly when it came to service capability. Furthermore, the widespread use of SCHEUERLE SPMT axle lines clearly speaks for the manufacturer”, added Philipps.

When thyssenkrupp Marine Systems transports the sensitive and expensive ship and submarine sections in-house from one production hall to the next, they must under no circumstances be left lying around for any length of time. “If a vehicle breaks down, we need a replacement as soon as possible. SPMT axle lines from SCHEUERLE are quickly available due to their widespread distribution.” The TII Group subsidiaries are world market leaders in the SPMT segment.

thyssenkrupp Marine Systems has already purchased SPMT and SPMT SL (Split Type) modules from SCHEUERLE. The SL version can be widened in order to suit requirements for transporting ship sections among other things. Z180 PPU (Power Pack Units) generate the drive power for the self-propelled transport modules. For the future, the company plans to acquire additional SPMT axle lines and PPUs from SCHEUERLE.

Transport of unit weights up to 250 tonnes

The marine division of the steel corporation uses the two six-axle SPMT transport modules to move mainly large-volume GRP components, each weighing around four tonnes, as well as large components of varying weights on the factory premises. The heaviest, prefabricated ship sections weighing up to 250 tonnes are transported on up to ten SPMT SL axle lines for further processing. For this, they are moved using different transport racks such as the so-called “cradles”, heavy pallet carriers or jumbo pallets.

The self-propelled SPMTs from SCHEUERLE are versatile, high-performance and proven transport solutions for the most difficult of assignments. Due to their modular structure along with diverse mechanical and electronic combination options, payloads are theoretically unlimited. Transports with unit weights over 17,000 tonnes have already been realised. With this, SPMT axle lines from the TII Group have secured entry into the Guinness Book of World Records. Customers also benefit from the unrivalled global distribution of SPMT vehicles. Because of the high global availability, axle lines can also be rented if necessary. Due to their container dimensions, SPMTs can be inexpensively transported around the world on flat racks. The sophisticated control technology allows precise positioning of even the heaviest loads.