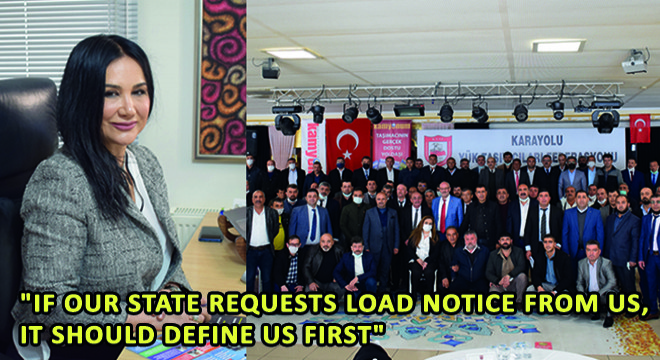 Founding Chairman Of The Highway Freight Carriers Federation Ahmet Uzun, ''If Our State Requests Load Notice From Us, It Should Define Us First'' 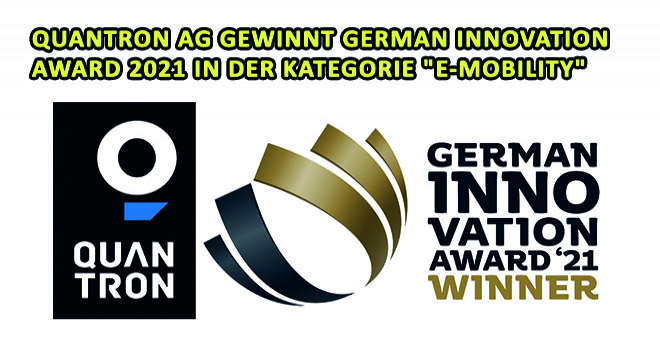 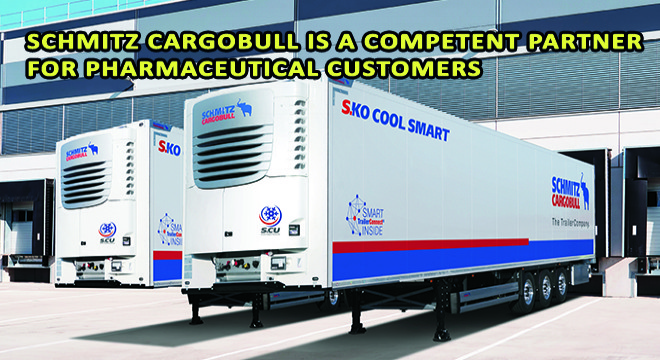 Schmitz Cargobull is a Competent Partner for Pharmaceutical Customers 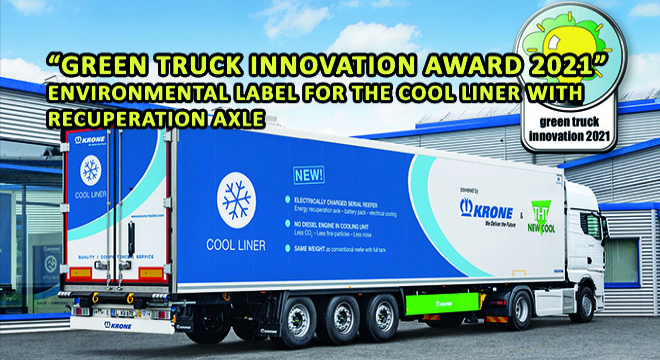 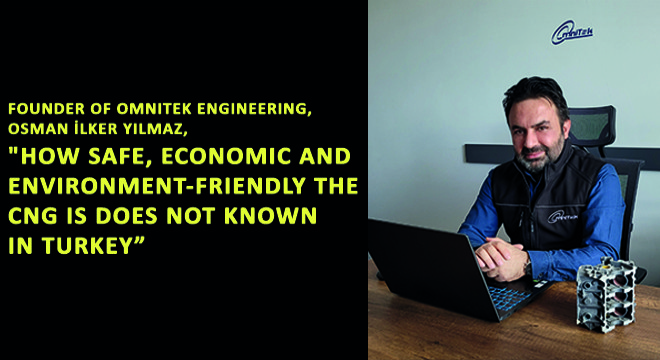 Founder of Omnitek Engineering, Osman İlker Yılmaz, "How Safe, Economic And Environment-Friendly The Cng Is Does Not Known In Turkey 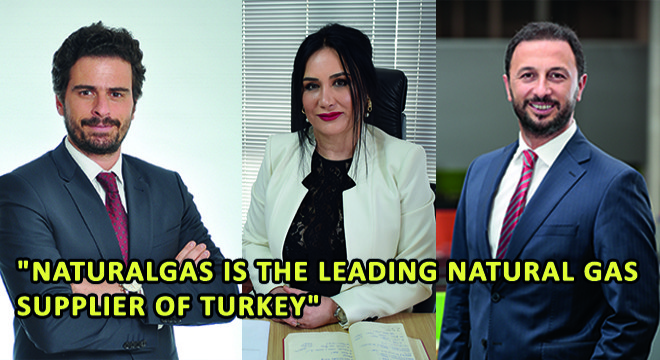 Founder of Omnitek Engineering, Osman İlker Yılmaz, "How Safe, Economic And Environment-Friendly The Cng Is Does Not Known In Turkey

Incentives for LNG and CNG vehicle use continue in Europe in order to reduce carbon emissions. Many European countries are implementing practices in this direction. We discuss the issue of using natural gas, which is offered as an alternative fuel option, in consultation with the relevant authorities and draw attention to this issue.

Osman İlker Yılmaz, the founder of Omnitek Engineering Inc., states that they operate partially on Fuel Cell (H2) vehicles at all levels in the field of natural gas vehicles (CNG-LNG) and states important details about LNG-CNG conversion and LNG-CNG usage.

Stating that they have redesigned the diesel engine and made it capable of operating with 100 percent natural gas, Yılmaz emphasized that mechanical conversion alone is not enough. Yılmaz: “The entire management of the vehicle goes through the engine brain. Especially in Euro 5 and above vehicles, we also need to develop systems such as Gateway for the integration of our own ECU with other systems of the vehicle, we can do this fully. "

Yılmaz states that they transformed many vehicles in Kayseri, Konya and Adana and tested 300,000 km in order to fully grasp and develop their technology in CNG conversion. Yılmaz said that; “As Omnitek, we recalibrated a diesel engine by turning it to CNG in the IETT engine test laboratory in the past years, and we have obtained 80% higher power than diesel even at 60% pedal position. This situation reveals how high performance can be obtained from CNG with the right technology. Moreover, the water and exhaust temperatures of the engine we converted are not different from diesel. However, to commercialize this technology, you must also have Gerard financial power. "

Yılmaz indicated that  how safe, economic and environment-friendly the CNG is does not known in turkey and draw attention that the awareness on this issue hasn’t formed yet and also said it was a bad perception used in the past due to incorrect CNG technologies. Yılmaz: “We started to produce gas storage systems in our factory built on 10.000 m2 in Bozan by designing vehicle-specific CNG storage systems and fuel line on behalf of Worthington from our design office we established in Eskişehir for OEM companies such as Temsa, Karsan, BMC, Isuzu, MCV (Egypt). We work as Worthington Industries (WI) distributor in Turkey and Egypt, and as R & D partners at the same time. We develop Hydrogen (H2) storage systems together for WI's Fuel Cell vehicle customers in various parts of the world, and we manufacture some parts and ship them abroad. "

Yılmaz states that they also supply CNG equipment to OEM companies producing heavy commercial vehicles and that they have many separate distributorships, import and export activities in this regard. Yılmaz: “We had very successful prototype works with Shell Turcas on 2 Euro 5 Axors with automatic transmissions, but this project has not yet been realized. Apart from all these, we also had activities in electric vehicles. We took part in various works such as prototype autonomous vehicle production for IETT and electric axle design-production for Phileas BRTs. For our farmer, we redesigned the engine of a local tractor manufacturer according to CNG and developed a tractor that will be produced as CNG on the production line. Nowadays we started testing this tractor in Alpu.”

Noting that CNG-LNG usage is environmentally friendly and that it can provide savings in terms of cost, Yılmaz said that; “We pollute the environment by paying 6.7 TL for 1 liter of diesel. However, it is possible to purchase gas for 1.5-2 TL for the public. In this case, savings of up to 75 percent are in question. Individual users will be able to save at least 45 percent by using 1 cubic meter of gas from 3.5 TL. "

"There Were the Attempts of Conversion by Inadequate Firms and Persons"

Expressing that there are many different technologies in natural gas engines, but there is no awareness about it, Yılmaz states that this is why the CNG vehicle industry has started incorrectly and incompletely. Yılmaz: First of all, it was thought that this would be like LPG. Bad experiences were left on people and institutions in the market by attempting to make conversion by inadequate firms and people. Large engine companies have produced self-finishing CNG engines with low performance and an exhaust temperature of 950 ° C. When we knocked on the customer's door, we were faced with the question "How are you going to do it with your little potential while they can't do it?" For example, there are Dual Fuel (dual fuel) systems. These are assembled like LPG systems and 50 percent diesel and 50 percent natural gas are used. The initial investment cost is very economical, but the savings rate is as low as 10 percent. Suitable for highway vehicles. In addition, there are 2 types of systems that work with 100 percent natural gas, which we call "Dedicated CNG", which we completely eliminate diesel. These are Lean Burn and Stoichometric systems. In stoichometric systems, 8 bars of natural gas is sent to the engine, sufficient performance cannot be obtained and there are very high exhaust temperatures. The biggest difference that distinguishes Omnitek from other companies is the patented Lean Burn system. With the Lean Burn system, we are injecting 3 bar gas and we have a maximum exhaust temperature of 600 degrees. We can increase the torque by 60 percent compared to diesel. We are also committed to fuel savings of 45 percent. "

Talking about the vehicle capacity that can be converted monthly and the duration of the CNG-LNG conversion, Yılmaz said that; “If we are going to work with the engine we will convert for the first time, we will have an R&D process of 3 months. In order to reduce the compression ratio, we need to develop a special piston, make a spark plug adaptation to the cylinder head, change the valve angles and make new valves. We are also developing Gateways to develop engine calibration and electronic integration, but we can convert in 4 days for vehicles whose R&D process has already been completed. Currently, we have a monthly conversion capacity of 20 vehicles.”

"Converter and Gas Provider Companies Have an Obligation to Work Together"

Where there is no station, you cannot convert natural gas and sell natural gas vehicles. Converter companies and gas provider companies have to walk together. Previously, SOCAR made a rapid entry into and exit through this sector. We are ready to prove our age to every potential customer. There are even our own converted vehicles that we keep for this purpose. We hope the industry develops properly with the right partners. "

"We Made the first License Amendment After LNG Conversion in Turkey"

Yılmaz states that after the CNG-LNG conversion, they give the customer a periodic maintenance schedule and call the vehicles for maintenance within that plan. Yılmaz added that they have the Service Qualification Certificate by TSE as well as ISO9001, ISO14001, ISO45001 certificates as Omnitek Inc. regarding the license amendment after the conversion and said that; “Since we have engineers with the authorized AITM and Martoy certificate from TSE, we can operate CNG-LNG in the license of the vehicle. We made the first license amendment after LNG conversion in Turkey.” 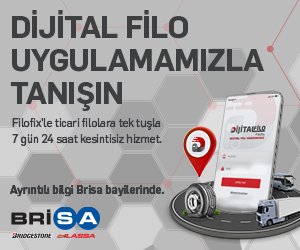