SCHEUERLE Fahrzeugfabrik has been named "Green Technology Innovation Leader" in three categories by the renowned F.A.Z. Institute. The efforts of the company’s management and employees have thus been honoured for their great sense of responsibility regarding environmental and climate requirements. The award is based on the analysis of a company's patents that relate to green technologies. 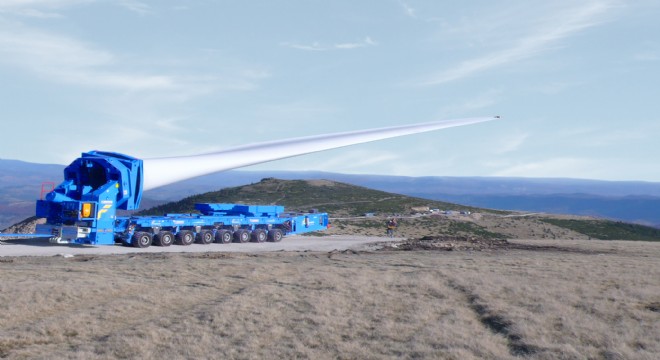 SCHEUERLE Fahrzeugfabrik, a subsidiary of the Transporter Industry International Group (TII Group) owned by the Heilbronn entrepreneurial family Otto Rettenmaier, is now a "Green Technology Innovation Leader ". The renowned F.A.Z. Institute, which is part of the Frankfurter Allgemeine Zeitung publishing group, recently awarded this prestigious title to the Pfedelbach-based vehicle manufacturer. The basis for this award is a scientific study carried out by the Prognos research institute on behalf of the F.A.Z. Institute. "The economy is currently undergoing a green transformation. This is also due to the enhanced sense of responsibility in the management of a company. In this challenging environment, SCHEUERLE has a well-deserved place in the leading group,” praised the F.A.Z. Institute.

SCHEUERLE asserts itself against stiff competition from large corporations

The researchers rated SCHEUERLE in three technical categories as a "Green Technology Innovation Leader": "Engines and Machines" and "Technologies or Applications for Mitigating Climate Change" whereby the Pfedelbach-based company asserted itself in the face of tough competition from, among others, well-known large corporations. In the "Vehicles in General" category, SCHEUERLE was the only enterprise to receive an award.

"Green patents" form the basis for the evaluation

The basis for the analysis is the patenting activities of companies and research institutions. According to the F.A.Z. Institute, the patents provide a unique, highly differentiated picture of the type and technological scope of the innovation and its inventors. In the study, researchers examined all patent families worldwide over the past ten years. In total, they analysed 1,878 patent applications in Germany-based companies. Through the use of well-established metrics, the researchers then assessed the innovation leadership of the patent applicants and their respective research activities for 500 technological areas and fields of knowledge by means of entries in the Worldwide Patent Statistical Database (PATSTAT) of the European Patent Office. More than 3,700 sub-divisions of the patent classification system with references to "green technologies" were evaluated in the end.

Innovative nature of an invention and influence on other companies assessed

The key factor in the innovation leadership segment was how often the patent was cited in other applications which expressed how much an invention influenced other companies in their research and development activities. In addition, the operators of the study divided the examined companies into different fields of technology.

Vehicles from SCHEUERLE are frequently used when facilities are constructed for the purpose of producing renewable energy. For this, in particular, SCHEUERLE has developed special trailers and equipment in order to handle the transport of components of such systems as efficiently, climate-friendly and environmentally compatible as possible. The new Rotor Blade Transport System (RBTS) product, which can also be used to transport rotor blades with lengths of more than 70 metres for wind power plants, is just one example of this.

In addition to the rotor blade adapter, which is used to accommodate the wind turbine blade, the RBTS is comprised of two transport modules whereby the self-supporting rotor blade serves as a connecting element. Once the component has been delivered, the components of the RBTS can be coupled to each other so that they can be transported as one trailer by means of only one tractor. Furthermore, an escort vehicle is not required due to the compact dimensions of this combination. In this way, SCHEUERLE actively contributes to minimising CO2 and pollutant emissions when transporting components for the wind energy industry.

An additional "green patent" is the flywheel energy storage system. A flywheel rotating at high speed stores energy which can, if necessary, also be returned to a rotating system such as the transmission. This saves on driving power that would otherwise have to be supplied by means of a diesel engine, for example. Also groundbreaking are the purely electrically powered and thus emission-free transport solutions from SCHEUERLE such as the self-propelled SPMT light series (Self Propelled Modular Transporters) and the purely electrically driven E-Wiesel for yard logistic operations at freight forwarders as well as the Catering-E-Wiesel, a logistics vehicle for supplying aircraft on the apron, for example, with meals for the passengers.

The "Green Technology Innovation Leader " award is the second accolade that the F.A.Z. Institute has awarded to SCHEUERLE in 2019. In the middle of the year, the institute presented the “Germany’s Innovation Leader” award to SCHEUERLE. Here, the innovative strength of a company was evaluated across all fields of innovation. SCHEUERLE won through here out of a total of 33,000 companies which were analysed.