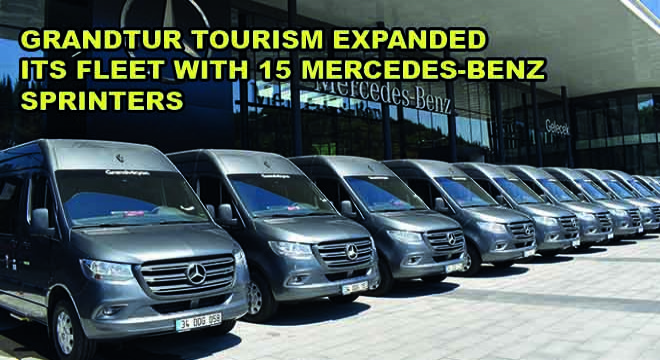 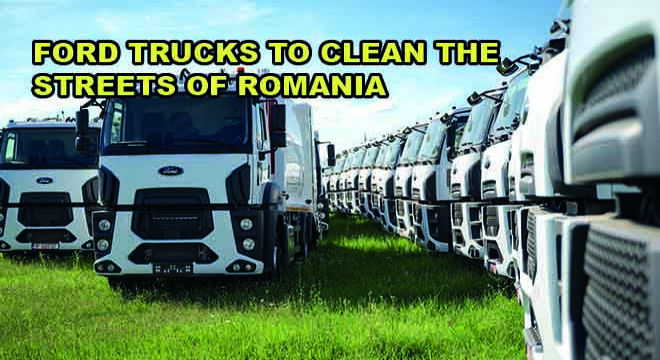 Ford Trucks To Clean The Streets Of Romania 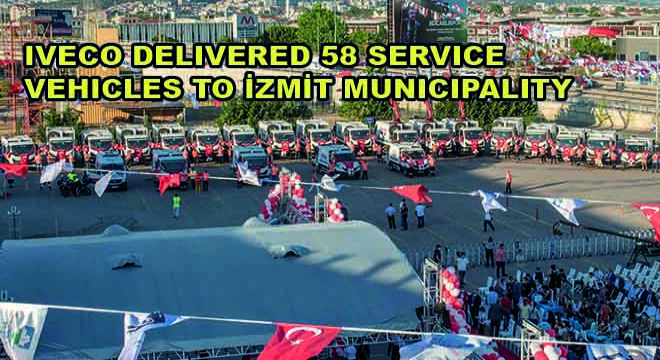 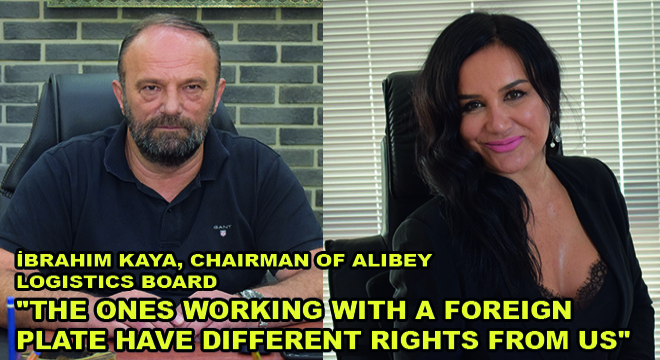 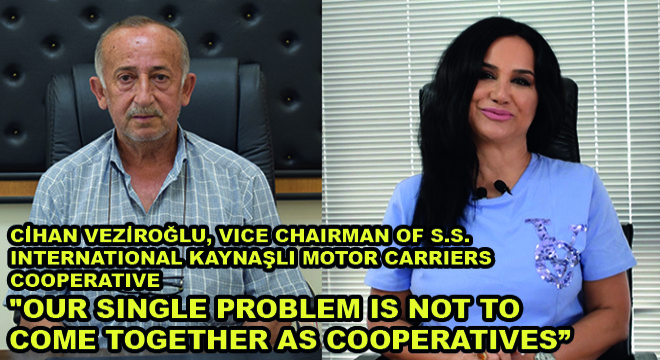 Cihan Veziroğlu, Vice Chairman Of S.S. International Kaynaşli Motor Carriers Cooperative: ''Our Single Problem Is Not To Come Together As Cooperatives'' 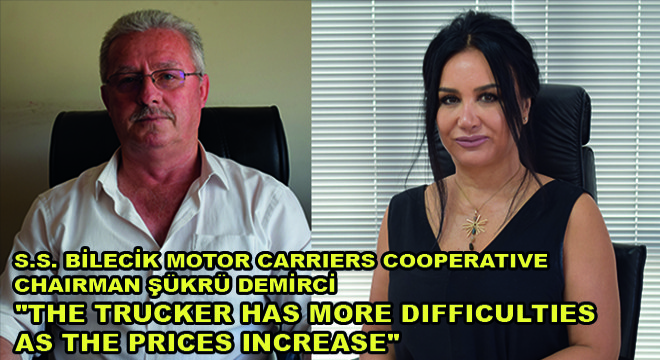 Nico Müller won the final DTM race of 2019 on Sunday. The Audi driver kept his nerve throughout the entire race in a rainy Hockenheim to claim his third win of the year and end the season on a high. For a long time, the Swiss racer was the fellow Audi driver René Rast’s closest rival in the title race. However, he had lost touch with the new champion in the last few races in arguably the most popular international touring car series. 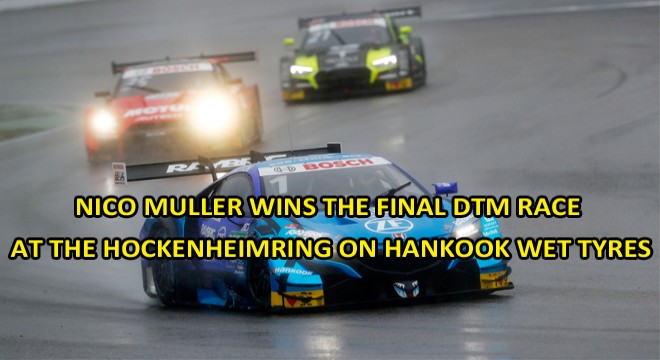 Spectators at the Hockenheimring witnessed an eventful final DTM race on Sunday. The race was suspended as early as lap two, as the engine in Daniel Juncadella’s Aston Martin was on fire. 13 minutes later, the restart took place behind the safety car, with pole-sitter Nico Müller (Audi) successfully defending his lead. The Swiss came in for a fresh set of Hankook wet tyres on lap six, after which he fell behind fellow Audi man René Rast, who came in for his tyre change one lap later.

Soon thereafter, Müller produced a skilful overtaking manoeuvre to regain the lead. He went on to take the chequered flag after 27 laps of racing. This success was enough to ensure that Müller ended his best ever DTM season in second place. Mike Rockenfeller finished runner-up, 3.855 seconds behind the Swiss, while Rast came home third to complete a one-two-three for Audi. Timo Glock was the best of the BMW drivers in fourth place, while the fastest Aston Martin was that of Jake Dennis in eigth.

The guest starters from Japan were unable to show the potential of their race cars on the wet track, as they had not tested on the Hankook wet tyre in the run-up to the race. In cold and wet conditions at the Hockenheimring, the drivers from the Far East were unable to get the Hankook Ventus Race Rain up to the optimal temperature and use the tyre’s full grip potential. As on Saturday, the best of the Super GT drivers was former Formula 1 world champion Jenson Button in 16th place.

Manfred Sandbichler, Hankook Motorsport Director Europe: “In these difficult and very wet conditions for the final race, we once again saw how high the standard is in the DTM. There were some hard but fair battles on the wet track, with very few crashes. As was to be expected, there was very little our guest starters from Japan were able to do in these conditions. To adapt the car set-up on a wet track was simply too much to ask. For the DTM drivers, the Hankook race tyre has been a reliable partner all season, and that will remain the case next year.”

BMW Team RBM achieved the fastest pit stop on the final DTM weekend in Hockenheim, in a time of 31.694 seconds. Their effort was rewarded with 25 points towards the Best Pit Stop Award, Hankook’s unofficial pit crew championship.

Nico Müller (Audi): “After three difficult races before today, it is awesome to end the season with a win. I immediately got the Hankook wet tyre working from the start and had a lot of grip during the race on the cold and wet surface. It was important all season to manage the Hankook race tyre correctly. You had to be particularly careful in the dry, in order to avoid the slick wearing too quickly as a result of the increase in engine power. Tyre management was one of our strengths this year, and a key factor in our success.”

Jake Dennis (Aston Martin): “Eighth place was a nice way to end the season. Tyre management was easy in today’s race. Like many of our of rivals, we opted for a short first stint and a longer second one. The Hankook race tyre was even easier to manage on the wet track than it was in the dry yesterday. The first season in the DTM has not been easy. We were particularly lacking the pace to compete with Audi and BMW. However, we improved over the course of the season and will come back all the stronger next year.”

Marco Wittmann (BMW): “At the start of the season, we faced a tough challenge with the new 100-hp engine but the same Hankook tyres. We first had to gain experience of these new circumstances from race to race. That made it more exciting and there were a lot of action-packed races. I really enjoyed knowing that, although we had more power, we still had to manage the tyres right to have a chance.”

Jenson Button (Honda): “We took a while to get the Hankook tyres working in the dry on Saturday. However, we did not manage to get the wet tyre up to the ideal temperature on the cold and wet track today. As such, we were unable to go with the DTM drivers. It was just a matter of surviving and getting to the finish. Despite this, the race weekend was great fun and we gained valuable experience.”

Head of Audi Motorsport, Dieter Gass: “As in previous years, the cooperation with the Hankook engineers was very good. The introduction of the turbo engine meant there was even more strain on the rear axle this season. However, we found good solutions to this and did not have to give so much consideration to the Hankook tyres, with which we did not have any problems.”

BMW Motorsport Director, Jens Marquardt: “The season was not easy for us. We started well, but then made mistakes that you would not usually see from us. We are happy with Marco’s third place, but it could have been better. We will show that next year. The new, more powerful turbo engines were a challenge for everyone. As ever, however, Hankook did a good job and there were no issues with the tyres. The drivers learned quickly and always got through their laps well with two stints, as we saw again today on the wet tyre. We continue to have a great cooperation with Hankook.”

R-Motorsport Team Principal, Dr. Florian Kamelger: “The Hankook race tyres were very consistent and reliable all season. The cooperation with the DTM partner was very good and productive. There were never any problems and we always felt we received optimal support from Hankook.”
Etiketler: 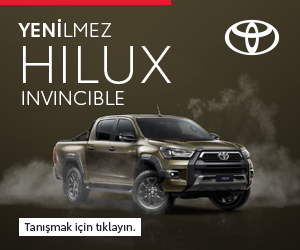