''THERE IS NO ONE THAT SUPPORTS US!'' 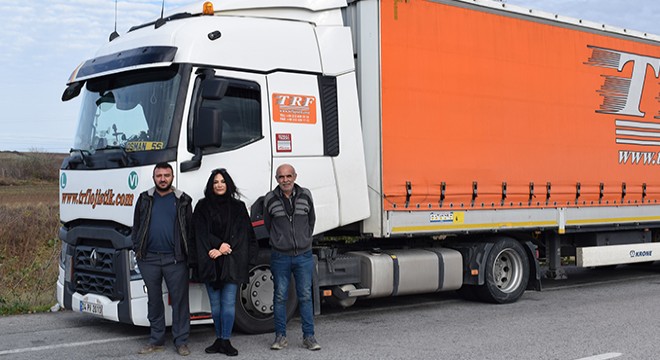 We're also making live streams on MY TRUCK Magazine's Facebook page to bring you all the news and we will review all these live streams in detail, on each issue of our magazine. For this issue, we went to the Thrace region where Kapıkule Border Gate is located.

Truckers Get to Speak First...

The first stop of our file was the Kapıkule Border Gate where our trucker buddies had the biggest issues in the Thrace region and where they insisted “Come and see us here!" Through live streams we've made on our Facebook page throughout the journey, we were prepared for everything we may see when we arrived. About 8 kilometres from the border gate, we've seen the beginning of the lines and we've extended our microphone to the heroes of the roads...

Osman Şahin was the first driver we've interviewed at the Kapıkule Border Gate. Osman Şahin has completed his 23rd year in this profession. He carries textile cargo to Italy and always uses the same route. Şahin has stated that -if it even works- he will wait in line at Kapıkule for 24 hours and indicated that they may even have to wait for four days when the gate is not working. Even when we were there, the line began to grow longer. He said that it is about 8 kilometres long and added: "We don't even consider these as proper lines." Şahin said: "You pass four days in the line and won't even be able to make it across the gate. You can just get inside Kapıkule. On televisions, they say; "The Bulgarian side is not working." But it has nothing to do with that. There is not an appointment system in place! Even if you had an appointment, is there even a chance that you could just overtake this line and cross the border? You don't! There are refrigerated vehicles that overtake the line because they have priority. However, 60 percent of those vehicles carry textile cargo as well. They are not inspected because those vehicles are sealed. At this point, the Edirne Governorship should authorize traffic police and prevent these vehicles from overtaking. The police should stop these vehicles and check whether they have fake documents or not. They forge the documents; the vehicle looks like a refrigerated vehicle from outside but on the inside, they carry textiles. They change textiles to vegetable-fruits on the documents and just overtake and go straight to the front of the line. The cold seal signature is located on a random place on these documents. That's why it is very easy to forge. We want the Governor of Edirne to hear our voice and take care of this issue." 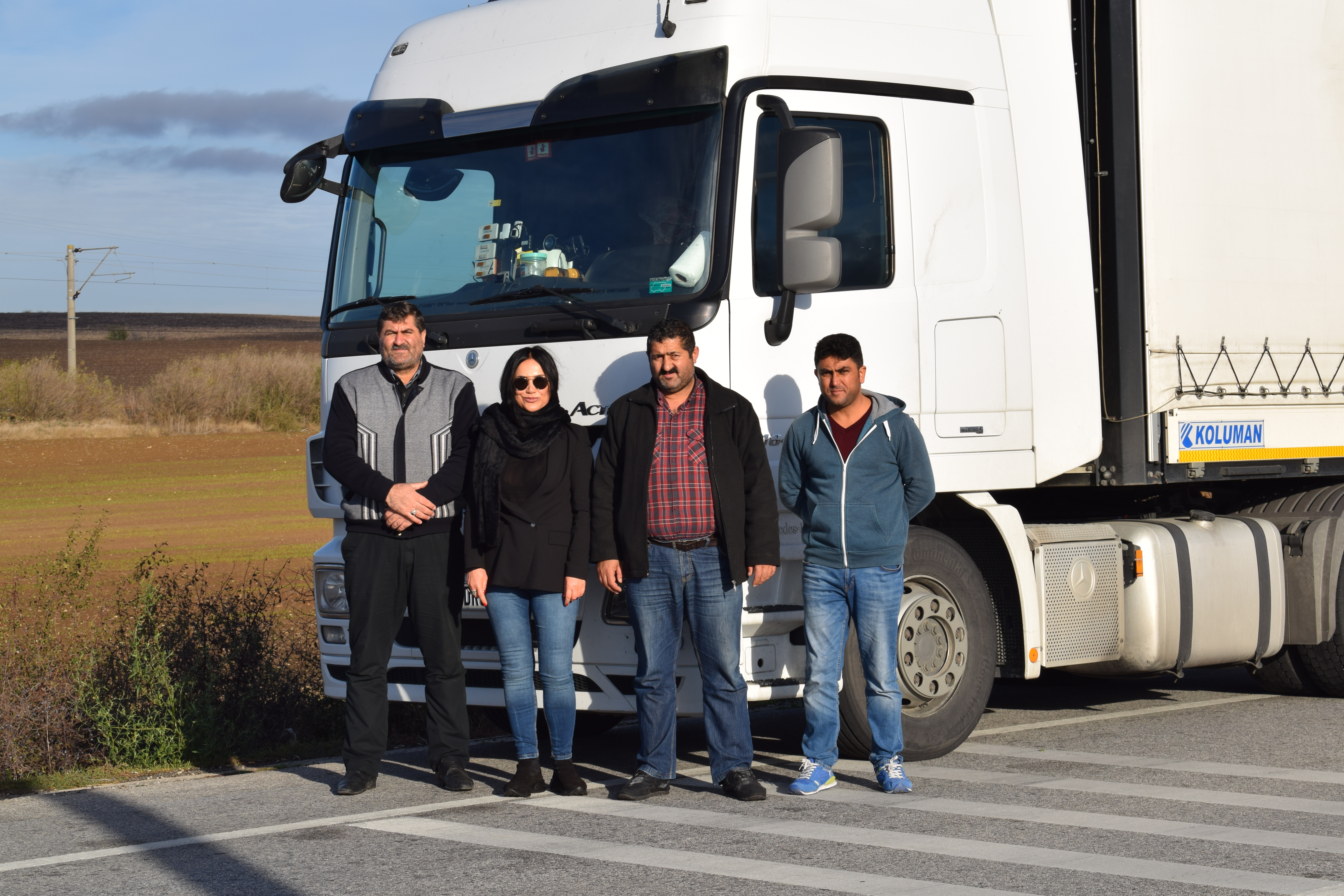 Just as Osman Şahin stated that there is not even a single officer on a 20 kilometres-long line at night times, Ömer Faruk who is another driver, joined our conversation. Ömer Faruk has pointed towards the foreign-plate vehicles that are overtaking the vehicles in the line and said: "The officials at other countries put us through a torture session. If we make a single mistake in their countries, there is no turning back. However, in our country, foreign-plate vehicles can pass in front of us." When we asked Mr. Osman whether they convey this issue to the officials, he answered: "There is no one that supports me! There is no one that supports truckers! Currently, there is an 8 kilometres-long line there but I'm sorry to say that there is not even a single toilet. And this line is only 8 kilometres-long! Sometimes it may even reach 30 kilometres. There is no place where the drivers can meet their needs. The televisions say: "Bulgarians don't accept vehicles." However, it has nothing to do with the Bulgarians. Bulgarians work. Of course, there are times when they don't work. But that's for another day. It is obvious when the Bulgarians don't work: that's when the road never ends! Our officers spend five hours of their eight-hour shifts resting." 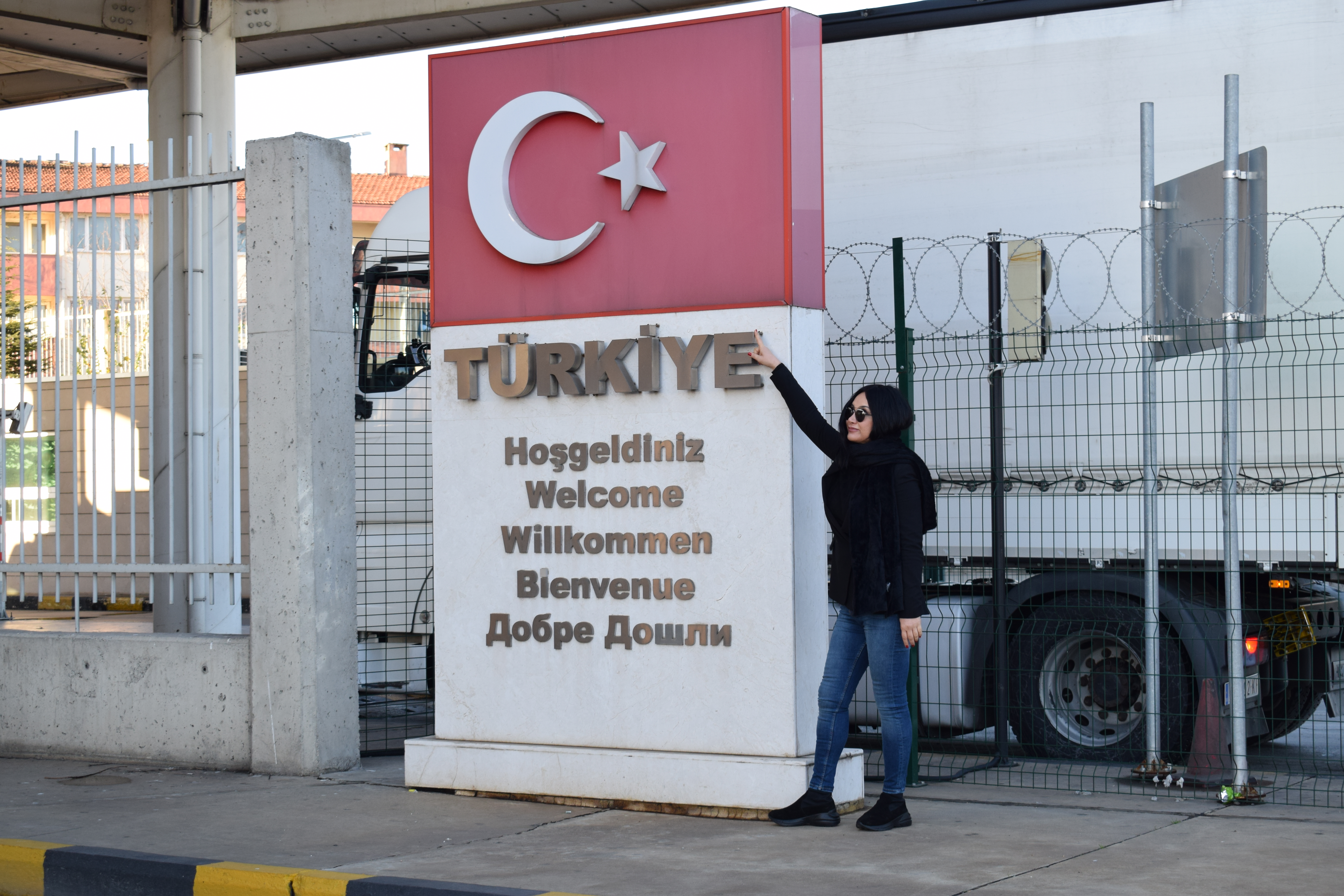 "Refugees get an ambulance, receive a fruit juice and even get a doctor's check-up. But they put the handcuffs on the driver!"

As we continued our conversation, Ertuğrul Yılmaz came and said that refugees are yet another issue of this region. "They cut the roof curtain of the trailer and hide inside. If we don't realize and they catch the refugees inside, it creates problems for us. When the Customs Officers or the Bulgarian police catches them inside, they don't say anything to them. Refugees get an ambulance, receive a fruit juice and even get a doctor's check-up. But they put the handcuffs on the driver. Refugee problems happen very frequently here. We have innocent friends who are in jail at the Bulgarian side. We have to wait by the vehicles. Otherwise, we will have a lot of problems."

Ertuğrul Yılmaz added: "As there are bad apples in every profession, there are those who smuggle refugees for money. Then innocent people suffer the blame.  Unfortunately, those who live for cash believe that they can do everything."

"There Is No One To Tell Our Problems!"

When we asked whether the drivers didn't make any mistakes in any of the issues, they answered: "Our mistake is choosing this profession! We did not make any other mistakes! As there is no respect for our profession, we have no one to support us, there is no one to tell our problems!"

"We Remember Waiting in Lines That Stretched 20 to 22 Kilometres"

As we waited in the line that stretched with each minute, we began talking with Murat Dinç, İsmail Dinç and Tuncay Karakaya. Murat Dinç has been a driver for the last 20 years and he has stated that they are carrying dry cargo to Germany. They've pointed towards the growing line and said: "This is nothing, nothing... We don't even have any issues with a line this long. We remember waiting in lines that stretched 20 to 22 kilometres. There are major lines especially on Saturdays and Sundays. We wait on the lines for days."

When we asked the reason for such long lines, they said that Turkish officers are the reason and added: "There are two platforms working. They stop working half an hour left before they leave; they just talk on their phones, surf the internet... And of course, you can't even say anything to them and just wait. We can't say anything. If you say anything, they tell us to go back to the end of the line. If you go back to the end of the line, you are ruined. Our Turkish officers work arbitrarily. They go to eat at lunch time and that takes an hour and a half. I can cook, eat and wash the dishes in an hour and a half. We've never seen a customs officer go to lunch in Germany. They would take their meals with them; they would both work and eat at the same time. If you say anything to our officers, they may as well just get up and beat you up. You can't even defend your right."

"There Is No Place to Take a Bath Here!"

"No one thinks of us. We are the last people they would ever think. Even the street vendors here sell a single pie for double or even triple its price... No one thinks about truckers in Turkey. That's not the case in Europe. In Europe, you have rights. You have beautiful parks where you can take a shower. In Turkey, we would perish if we can't go home for a week. There is no place to take a bath here!"

Our truckers have indicated that they look at things positively, despite the problem and as a last word they added: "Life is a struggle. We work, we have jobs. We believe that every job has its challenges and we continue to try and make provisions for our children..." 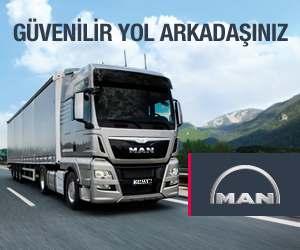